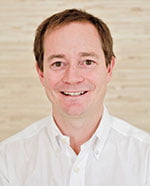 Will Alexander became chief investment officer of Hall Capital in 2022. He had previously served as managing director for the company until 2018, when he transitioned to service as an advisory board member for Hall Capital’s real estate and automotive affiliates. During that latter period, he was chief revenue officer for Nashville Soccer Club, a position that he took on after co-founding the effort to bring a Major League Soccer expansion franchise to Nashville.

Will’s career has included time in business, public service and law. Prior to joining Hall Capital, Will served as chief of staff for the Tennessee Department of Economic & Community Development. He began his career practicing corporate law for Vinson & Elkins in Austin and the United Arab Emirates. He is a Phi Beta Kappa graduate of the University of Texas and he graduated with honors from the University of Texas School of Law. Will currently serves on the boards of Montgomery Bell Academy and the Community Foundation of Middle Tennessee.