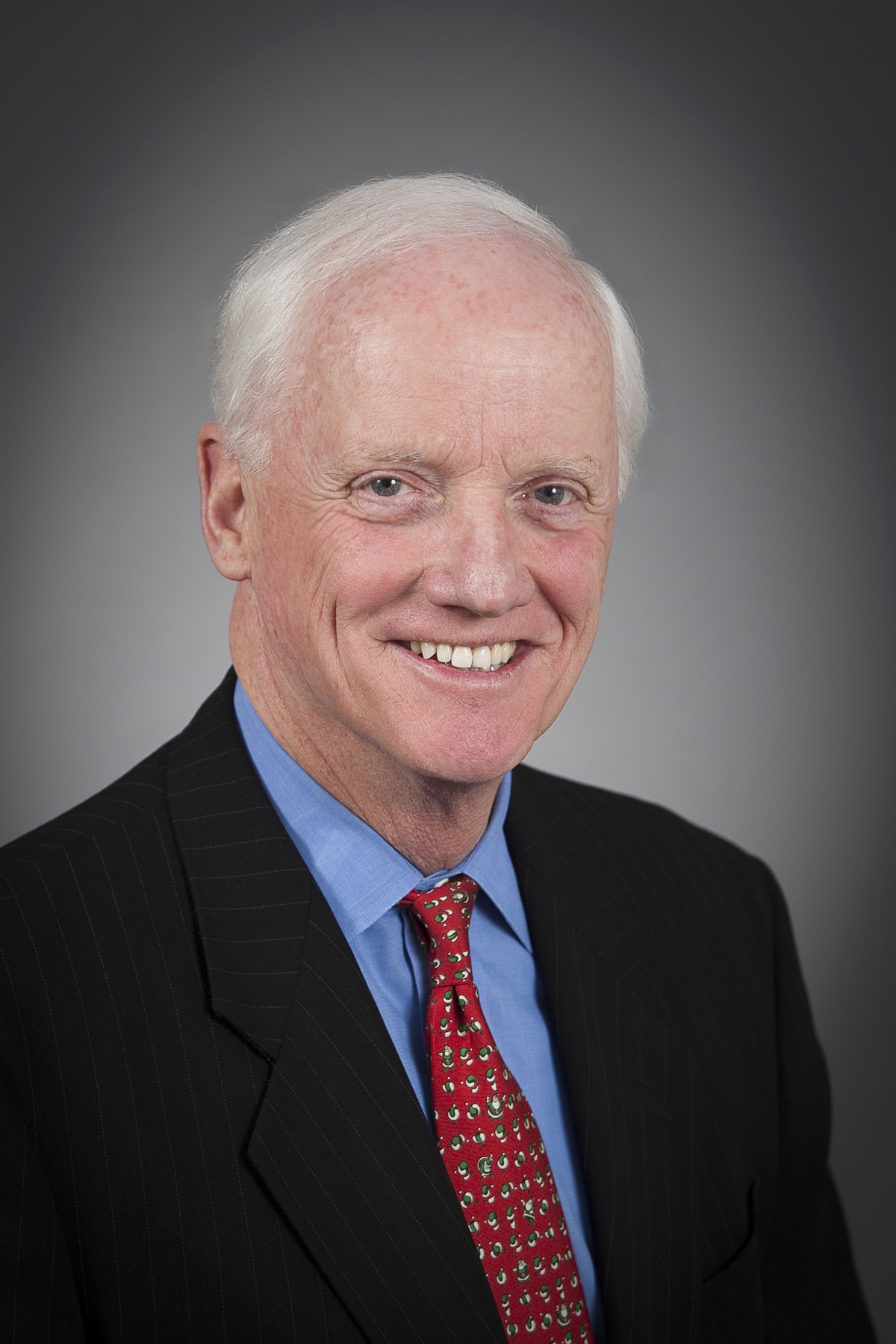 Governor Frank Keating is currently a senior partner in the international law firm of Holland & Knight. Formerly, he was the president and CEO of the American Bankers Association.

Keating became ABA’s president and CEO on January 1, 2011 and stayed through December 31, 2015, following seven years of service as the president and CEO of the American Council of Life Insurers, and after serving two terms as Oklahoma’s 25th governor.

Born in St. Louis, Frank grew up in Tulsa, Oklahoma. He received his undergraduate degree from Georgetown University and a law degree from the University of Oklahoma. His 30-year career in law enforcement and public service included service as an FBI agent; U.S. Attorney and state prosecutor; and Oklahoma House and Senate member, including service as a Republican senate leader.

He served Presidents Ronald Reagan and George H.W. Bush in the Treasury, Justice, and Housing departments. His Justice and Treasury service gave him responsibility for all federal criminal prosecutions in the nation and oversight over agencies such as the Secret Service, U.S. Customs, the Bureau of Alcohol, Tobacco and Firearms, U.S. Marshals, the Bureau of Prisons, and the Immigration and Naturalization Service and all 94 U.S. Attorneys. As assistant secretary of Treasury and general counsel and acting deputy secretary of HUD, Keating worked on banking issues that are demanding attention today—including housing finance, lending practices, securitization and Bank Secrecy Act issues.

In 1993, Keating returned to Oklahoma to run for Governor. He won a three-way race by a landslide and was easily re-elected in 1998, becoming only the second governor in Oklahoma history to serve two consecutive terms.

As the governor of Oklahoma, Keating won national acclaim in 1995 for his compassionate and professional handling of the bombing of the Alfred P. Murrah Federal building in Oklahoma City. In the aftermath of the tragedy, he raised more than six million dollars to fund scholarships for the nearly 200 children left with only one or no parents. His accomplishments as Governor include winning a successful public vote on right-to-work, tort reform, tax cuts, and major road building and education reform.

Keating is the chairman of the Board of the Washington based Bipartisan Policy Center and recently served on the Policy Center’s Debt Reduction Task Force, a group of former cabinet members, elected officials and key stakeholders of both parties that recommended a series of tough measures to address the nation’s fiscal challenges. He also served on the BPC’s Housing Commission. He was previously chairman of the Advisory Board of Mt. Vernon and president of the Federal City Council. He also served on the boards of the National Archives, the Jamestown Foundation and as chair of the National Catholic Review Board.

Keating also is the author of four award-winning children’s books, biographies of Will Rogers, Theodore Roosevelt, George Washington, and Standing Bear, the Ponca Indian chief who argued Native Americans deserve the same rights as white Americans. He is the recipient of six honorary degrees.

He and his wife Cathy live in Oklahoma City, OK. They have three children and ten grandchildren.